A major challenge I have had in my organizational change work is getting people to understand that complicated environments are different from complex ones, and the latter are almost always the situation when people are involved. Generally it means that in complex situations there is less reliance on pre-planning and analysis and a greater emphasis on continuous experimentation coupled with good observation and tracking. Reinforce successful projects and learn constantly in complexity.

According to the Cynefin framework we should Probe > Sense > Respond when dealing with complexity, as opposed to Analyze > Sense > Respond when the situation is complicated. Mechanical systems are complicated, but most human systems are complex. It means that we cannot overplan, though planning itself prepares us to deal with what emerges as we probe complex situations and environments. In complicated conditions we can rely on established good practices, but in complex ones we need to continuously develop our own emergent practices.

This is my 200th post on the topic of complexity. But I have not paid much attention to chaos. In Chaos: A User’s Guide, Bruno Marion concludes that the world today is chaotic.

Optimistic or pessimistic, it is like being a spectator of a film of which we seem to know the ending, whether happy or unhappy. Today one must cease to be a passive spectator but an actor in this fast-changing world.”

Two recent political events triggered in my mind that not only do we have to organize ourselves to deal with complexity but that we have to be resilient to chaos. When the recent article by an anonymous author was published in the New York Times, it was a defining moment in the history of journalism. Never before had this prestigious paper allowed an anonymous editorial. The Times gave their reason for this unprecedented move.

“The Times is taking the rare step of publishing an anonymous Op-Ed essay. We have done so at the request of the author, a senior official in the Trump administration whose identity is known to us and whose job would be jeopardized by its disclosure. We believe publishing this essay anonymously is the only way to deliver an important perspective to our readers.” —NYT 2018-09-05

When Bob Woodward, author of Fear: Trump in the White House, recently referred to the current US political situation as chaotic, I suddenly thought that The Times was dealing with chaos from the perspective of the Cynefin framework. In Chaos you must Act > Sense > Respond and develop Novel Practices. This anonymous Op-Ed was indeed a novel approach. Who knows what it will yield?

Closer to home, the recently elected Ontario government invoked the Notwithstanding Clause of the Constitution of Canada in order to block a judicial finding not allowing the Provincial government to change the Toronto city electoral boundaries during an election. This too was a Novel approach. It may lead to political chaos. Perhaps that is the intent.

While many of our professions and organizations can deal with complexity, few are adapted to deal with chaos on a large scale. This approach — as described by Naomi Klein in The Shock Doctrine — keeps one’s opponents off-balance. As more populist governments — succinctly described as based on xenophobic authoritarianism — flex their power, we may see more chaos-based novel practices.

When it comes to the institutions that guard democracy, resilience to chaos and these novel approaches to governance now become necessary. It will require much more flexibility and creative thinking. I dearly hope that some people will be thinking about this. As I work with the Finnish Prime Minister’s Office next month, it will be one of the topics for discussion. How can democracies and their citizens prepare themselves for the likely chaos to come? Not understanding what domain we are working/living in can lead to disorder. We need the right approaches for the situation. More of our situations will be chaotic I think.

The political situation in Europe saw a number of right-wing populist parties elected in 2018 (below). What makes Europe more resilient than North America is that most of these countries do not have a first-past-the-post election system. But some of these numbers are worrying. We have to develop better ways to deal with complexity and chaos — the new political normal. 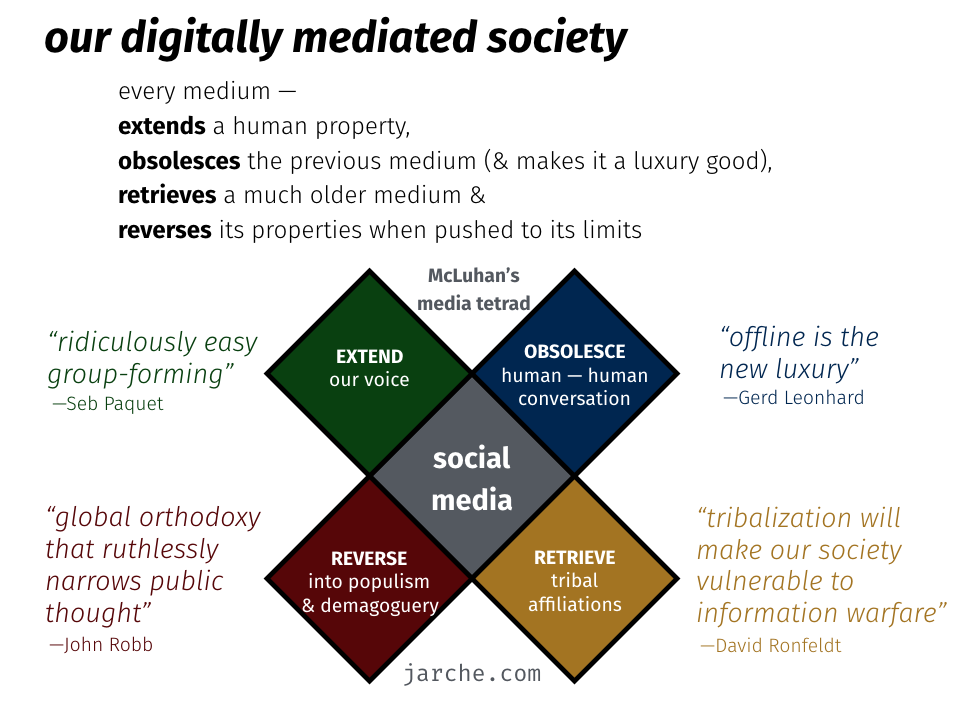