“A writer ought not to be an opinion-machine … The job of the writer is to make us see the world as it is, full of many different claims and parts and experiences.” —Susan Sontag

The faux revolution of mindfulness via @josemurilo

“The faux mindfulness revolution provides a way of endlessly coping with the problems of capitalism by taking refuge in the fragility of the present moment; the new chronic leaves us mindfully maintaining the status quo. This is a cruel optimism that encourages settling for a resigned political passivity. Mindfulness then becomes a way of managing, naturalizing and enduring toxic systems, rather than turning personal change towards a critical questioning of the historical, cultural, and political conditions that are responsible for social suffering.”

Putting value creation back into ‘public value’: from market-fixing to market-shaping via @mazzucatom

“In conventional economics, the concept of value creation by the public sector is largely absent. Value is created in business with the state playing a reactive role in correcting ‘market failures’ to enhance economic efficiency. The term ‘public value’ has been adopted by scholars in public management and administration to attempt to go beyond this reactive role, focusing on how public-sector managers play an important democratic role in managing a trade-off between efficiency and the engagement of citizens in shaping policy. In this paper, we argue for a more ambitious and positive concept of public value which rejects the ‘market failure’ framework and puts public value at the centre of the economy, not in the periphery. Public value, we argue, is created by public sector actors creating and co-shaping markets in line with public purpose. This direction-setting role enables public, private and civil society sectors to collaborate effectively to solve societal problems.”

Cynefin for Dummies by @rondon 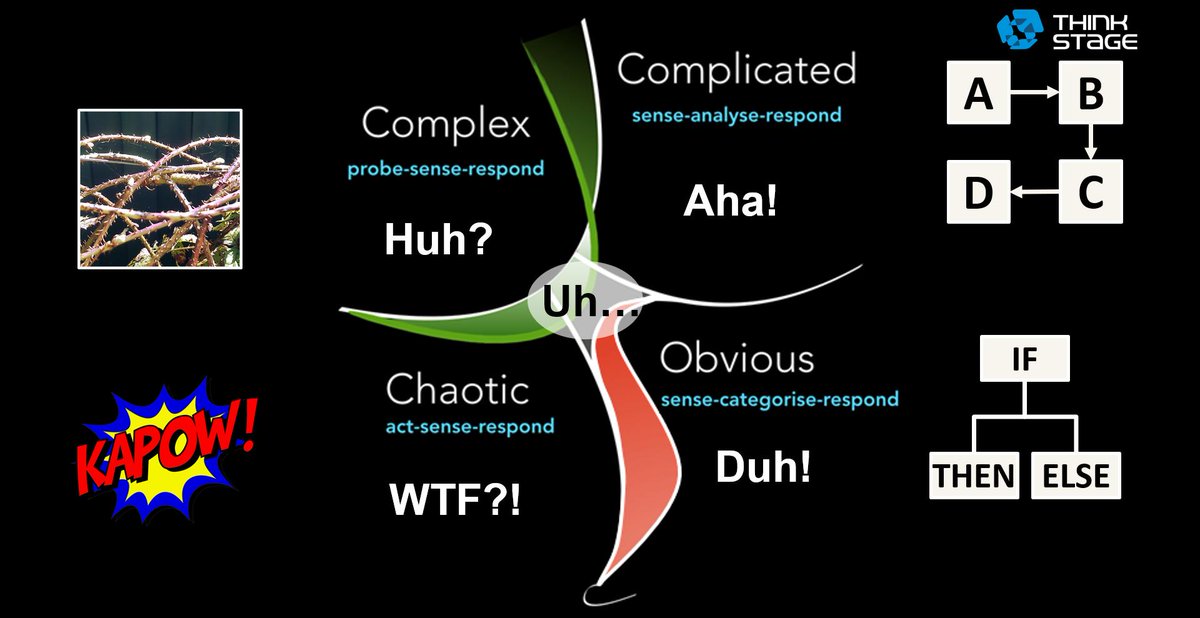