Here are some of the things that were shared via Twitter this past week.

“The cure for anything is salt water: sweat, tears or the sea” ~ Isak Dinesen – via @jhagel

@tom_peters – “Best practices” are to be learned from — not mimicked.

@bankervision – “In a decent democracy the police dance at a street party and don’t lose control of the crowd!”

In fact, an entire industry has sprouted based on learning styles. There are workshops for teachers, products targeted at different learning styles and some schools that even evaluate students based on this theory.

This prompted Doug Rohrer, a psychologist at the University of South Florida, to look more closely at the learning style theory.

When he reviewed studies of learning styles, he found no scientific evidence backing up the idea. “We have not found evidence from a randomized control trial supporting any of these,” he says, “and until such evidence exists, we don’t recommend that they be used.”

@PenelopeTrunk – “Voices of the defenders of grad school. And me crushing them.” – via @lemire

It’s pretty well established that non-science degrees are not necessary for a job. In fact, the degrees cost you too much money, require too long of a commitment, and do not teach you the real-life skills they promise.

Yet, I do tons of radio call-in shows where I say that graduate degrees in the humanities are so useless that they actually set you back in your career in many cases. And then 400 callers dial-in and start screaming at me about how great a graduate degree is.

Here are the six most common arguments they make. And why they are wrong.

… It can become such a bizarre system. What you have now is a system in which the Internet user becomes the product that is being sold to others, and what the product is, is the ability to be manipulated. It’s an anti-liberty system, and I know that the rhetoric around it is very contrary to that.

Finally; it’s really amazing what gets passed on via Twitter! 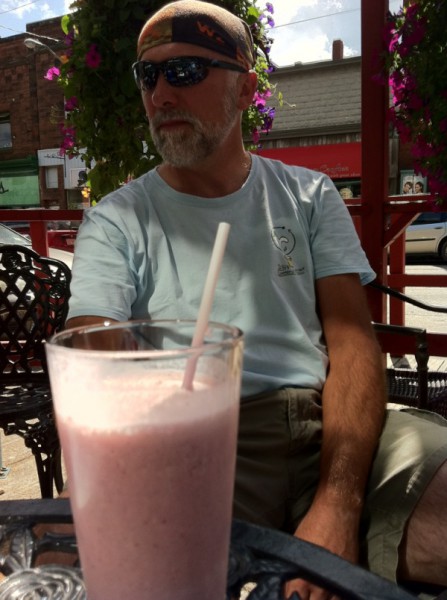