Every second Friday I review what I’ve noted on social media and post a wrap-up of what caught my eye. I do this as a reflective thinking process and to put what I’ve learned on a platform I control: this blog. Here are what I consider the best of Friday’s Finds for 2016.

@atduskgreg – “Machine learning is automated bureaucracy. It spits back the systemic biases we feed it in feature vectors, training sets, reward functions.”

“Power not only corrupts, it addicts.” —Ursula Le Guin, via @ndcollaborative

“The object of life is not to be on the side of the majority, but to escape finding oneself in the ranks of the insane.” —Marcus Aurelius — via @MickFealty

“The idea is that learned behavior, and not just environment and genes, influences the direction and rate of the evolution of psychological and physical traits. The mind is a learning machine and it is the various aspects of this ability to ‘learn’ that may have had driven evolution and our success as a species. The Baldwin Effect places ‘learning’ on a larger theoretical canvas, lying at the heart of evolutionary theory. It is no longer just a cognitive ability, albeit a complex one, with many different systems of memory, but a feature that defines the very success of our species.”

“News literacy is complicated. In our attempts to discern truth, we are confounded by a 24/7 news cycle. News hits us across media platforms and devices, in a landscape populated by all degrees of professional journalists and citizen journalists and satirists and hoaxers and folks paid or personally moved to write intentionally fake news. All of this is compounded by the glories and the drawbacks of user-generated content, citizen journalism, and a world of new news choices.”

“My working class background, coupled with my long term history of precarious employment has left me feeling ashamed and guilty. I am angry at my own perceived childishness for investing in the seemingly naïve notion that hard work is always recognised and rewarded in due course. I am angry at myself. I am angry at being in this position yet again.”

This Is the 1 Thing That Worries Slack CEO Stewart Butterfield the Most: people – via @ChristineGeith

“The company has six core values, expressed in three sentences, Butterfield explains:
1. Empathy as expressed through courtesy
2. Craftsmanship tempered with playfulness (That’s where those funny Slack messages come from)
3. Thriving, both in ourselves and others (That means thriving not only as a team, but also making sure you’re personally thriving and doing this thing you’re meant to be doing with your whole heart, Butterfield explained)”

Note: compare the above with self-determination theory: relatedness, competence, autonomy.

Why Theater Majors Are Vital in the Digital Age via @CreatvEmergence

“The aptitude called ‘foresight’, which is the talent to envision many possible outcomes or possibilities, was present in all theater workers (playwrights, directors, designers, actors). When actors try out various line readings or interpretations of a scene, when they improvise or create backstory, they are using foresight … But foresight would be impossible without empathy. The actor’s ability to envision multiple outcomes or motivations in a play must be based on the character’s circumstances, not the actor’s.”

Welcome To The Post-Work Economy via @Daniel_Egger

“Today, the main contradiction in modern capitalism is between the possibility of free, abundant socially produced goods, and a system of monopolies, banks, and governments struggling to maintain control over power and information,” Mason says. “Everything is pervaded by a fight between network and hierarchy.” … The fact is that capitalism — with its tendency to income inequality, information monopolies, and financial power — is running out of steam.

The end of walking in America – via @marshallk

“Jaywalking was once a semi-derogatory term referring to country bumpkins, or ‘jays’, who inefficiently meandered around American cities; by the 1920s, the term was being used to transfer blame for accidents from motorists to pedestrians. Making jaywalking illegal gave the supremacy of mobility to those sitting behind combustion engines. Once upon a time, the public roads belonged to everyone. But since the ingenious invention of jaywalking we’ve battered pedestrianism in one of those silent culture wars where the only losers are ourselves.”

“Nearly 65 years ago, Kurt Vonnegut’s novel Player Piano was published, painting a picture of a post-war dystopian future where the machines have replaced workers and society has become stratified. At the top are well-paid engineers who invent new machines to replace more workers and tend to whatever small mechanical glitches arise. At the bottom are replaced workers, who have been given jobs at the Reconstruction and Reclamation Corps (“Reeks and Wrecks”) with a small salary as a kind of basic income. Their real purpose to consume whatever the main computer’s algorithm has decided must be consumed to keep the economy humming. Although the tech is vacuum tubes and the storytelling both relentlessly sexist and blithely racist, it is deflating to realize just how predictable our cutting-edge present seems to have been. There are smart homes and AI, hackers and drones. There is also an uprising …

… “What have you got against machines?” said Buck.
“They’re slaves.”
“Well, what the heck,” said Buck. “I mean, they aren’t people. They don’t suffer. They don’t mind working.”
“No. But they compete with people.”
“That’s a pretty good thing, isn’t it—considering what a sloppy job most people do of anything?”
“Anybody that competes with slaves, becomes a slave,” said Harrison thickly, and he left.”…
—Kurt Vonnegut, Player Piano, 1952

Brain Pickings: How the Invention of the Alphabet Usurped Female Power in Society and Sparked the Rise of Patriarchy in Human Culture

“There is one fact that can be established: the only phenomenon which, always and in all parts of the world, seems to be linked with the appearance of writing … is the establishment of hierarchical societies, consisting of masters and slaves, and where one part of the population is made to work for the other part.”

HBR: To Win the Civil War, Lincoln Had to Change His Leadership – via @MichelleBlanc

“Lincoln realized in early summer 1863 that he had two big challenges: reestablishing control over the Army and recapturing public opinion. With this realization, Lincoln made some bold choices. First, he got rid of some old beliefs that no longer worked. And second, he started leading in a completely new way. In retrospect we can see how his bold choices in the summer of 1863 helped him become one of the greatest leaders the U.S. has ever known.”

@LollyDaskal: Why the empathetic leader is the best leader

“Empathy gives insight. It’s important to remember that the story we tell in our minds is different from the story playing in the minds of others. It is only through listening intently to others that you can begin to understand these differences. When you listen you learn, and when you learn you gain insight. There is a story behind every person, a reason why they are the way they are. Empathy allows you to think before you judge and make assumptions.”

“The notion of the leader is and has always been corrupt and despicable, just as the notion of bosses. Or put differently: If we think of leadership as depending on leaders & followers, or of leaders as ‘very special people’, then we haven´t advanced a bit from what Frederick W. Taylor told us about managing for the industrial age, 105 years ago, in his treatise Principles of Scientific Management.” 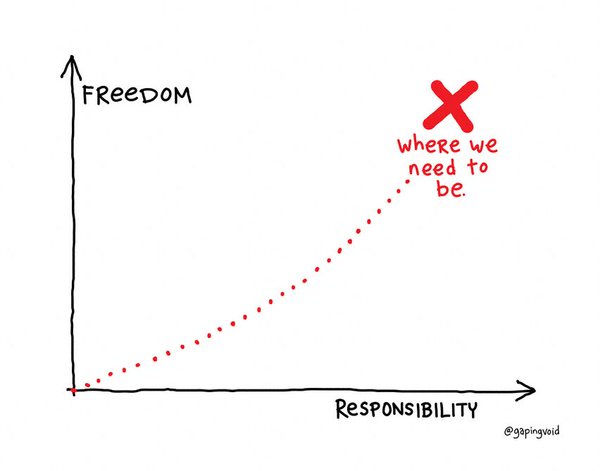 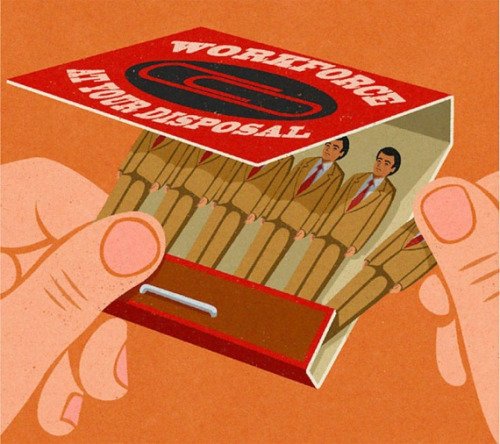 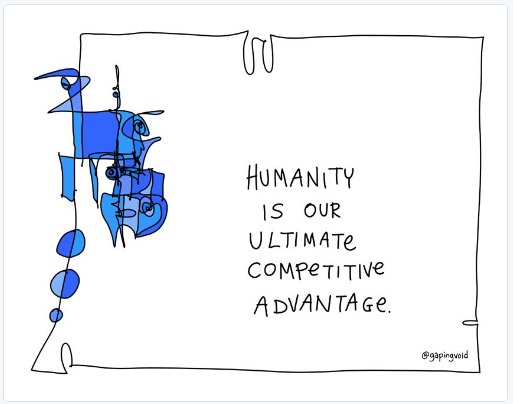