Everything I know, I did not learn in kindergarten. I didn’t go to kindergarten. Perhaps that was good, as that was the year that my father died, and I still did not speak much English anyway. It could have made for a stressful year. No kindergarten meant I could start school a bit later and I think I was really ready when I entered that one-room schoolhouse which was probably the best learning environment I ever had.

There were only three of us in Grade One, so I was also able to listen to what was going on in the Second Grade, in the same row, just ahead of me. Recess and lunch were usually fun, with all ages playing games together. There were not enough students in any one grade to form a dominant group. I was later home-schooled by my mother who never had any formal education in English. This was my introduction to public education.

I went to university straight out of high school and did a standard four-year degree. I got a gentleman’s pass from the Royal Military College and then put my books away. What remains of my undergraduate education is not so much my knowledge of History as my fluency in French. It wasn’t the classes that helped me master the language, but the girl I met in Québec between first and second year. That was real informal learning, watching morning TV cartoons with her young niece, whose French wasn’t too much more advanced than mine. I was one of only a few of my classmates who achieved fluency from no ability at all on entry. Motivation was the critical part of my learning.

Thirteen years later I went to graduate school part-time, with a full-time job and a young family. I could not have done it without the support of my wife. I received a graduate degree in Education but my real education has been in the 14 years since. I have been learning mostly online, first by accessing all of the information available on the web that interested me and more recently by connecting to a worldwide network of people, most of whom I have not met face-to-face. This network now numbers in the thousands.

I have learned that it was a shotgun wedding between robber baron capitalists and progressives, who at the turn of the last century helped to create our public education system, with age-based cohorts, classrooms, bells, and a standardized curriculum. The capitalists needed workers who could read instructions, while progressives, like Moses Coady, founder of the Antigonish movement, felt it their mission to help society.

I have noticed with our boys now finishing up at school, that for the most part, the current system does not help them learn. If anything, it stops them from learning. One-size fits nobody, I call it. We were lucky, in that one or both of us parents could be at home during the day. Our boys could stay at home from time to time, such as the year one was frequently bullied — by the teacher. They knew they always had an option not to go to school. If I had to do it over again, I would pull our kids out of the system during middle school and let them become self-directed learners, later having them rejoin their friends in high school. Middle school was a needlessly stressful time for our family.

When I went to school, if a book was not available in the library system, in reality, it did not exist. Now my children can find and read most of what they need. The shift from scarcity to abundance of information is one of the many reasons we need educational reform. There can be no standard curriculum when everything is miscellaneous, as Cluetrain.com co-author Dave Weinberger says. Courses are artifacts of a time when information was scarce and connections were few. With ubiquitous computing, that time is over. Our children know that. 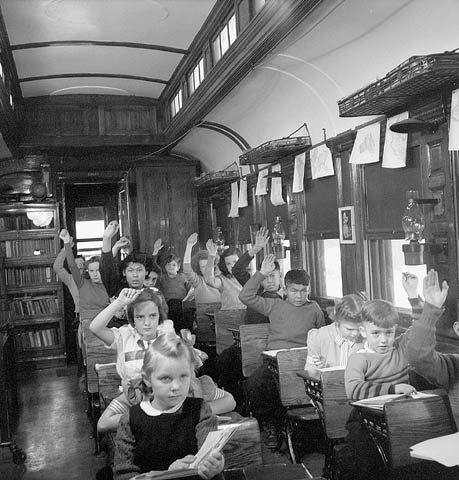 I watch how our kids learn to play computer games. There is no rule book. The fun of the game is in figuring it out. This is always done collaboratively. Collaboration seems natural to this generation. While studying, Facebook is usually open and classmates send messages back and forth as they share in their learning. The whole notion of cheating may be gone in a generation.

I think this generation will be one of the last in the current system. I hope the next public education system is not another shotgun wedding, or a reaction to change, like charter schools can be. Actually, I hope that it’s not a system at all. It should be a network, like the Internet — open, with no centre, using only basic protocols and allowing for innovation at the edges. If we let our children design it, that is most likely what it would be like. It might look like Stockholm’s school without classrooms or something even more radical.

4 Responses to “thoughts on public education”