A guiding goal in much of my work is the democratization of the workplace. Democracy is our best structure for political governance and I believe it should be the basis of our workplaces as well. As work and learning become integrated in a networked society, I see great opportunities to create better employment models.

So is it possible to have Enterprise 2.0 or a Social Business without a democratic foundation? Is the employer/employee relationship the only way we can get work done? In describing Enterprise 2.0, Andy McAfee, who originated the term, says that our work structures will not change:

Everything we’re talking about is totally compatible with an official chain of command in a hierarchy. You still need someone to set direction and give marching orders. But the idea of input by many and decisions by few is a pretty powerful idea.

Perhaps hierarchy is a major part of the problem, though. Thomas Malone, in The Future of Work (2004) envisaged four potential organizational models for the network era:

All of these are democratic to some extent. Malone wrote that we need to move away from Command & Control and toward a Coordinate & Cultivate management model. Is that possible without democracy?

Democracy is a work in progress, as we know from history, and the first step is commitment. David Korten in The Great Turning, described America, the Unfinished Project:

Democracy is neither a gift nor a license; it is a possibility realized through practice grounded in a deep commitment to truth and an acceptance of the responsibility to seek justice for all.

Commitment to democratic principles is often lacking in descriptions of Enterprise 2.0 and social business. Without such commitment, I think these initiatives will be seen in hindsight as just another management buzz-word. In 2008, some of the best known management experts were brought together to “lay out an agenda for reinventing management”. Their main premises were that:

2) the current models are out-of-date; and

3) we need to develop more human models for the near future.

There was consensus that our current management systems do not work and several of their 25 recommendations were based on democratic principles:

For management to work in the network era, it needs to embrace democracy, but we are so accustomed to existing structures that many executives would say it is impossible to run a business as a democracy. However, there are democratic business models that work today. Just not enough.

Image — Bank of Canada
Shaping the Political, Legal and Social Structures for Democracy and Equality

Self-governance not only works, it works better than command & control. In Management Rewired: Why feedback doesn’t work and other surprising lessons from the latest brain science, Charles Jacobs covered learning, management models, and democracy in the workplace. A consistent theme is to let people manage themselves, because that works.

Rather than limit decentralization to the top of the hierarchy, why not drive it down into the organization as far as possible? Modern information technology makes such “radical decentralization” much easier now than it was in [Alfred] Sloan’s day.

Such an approach enables people to control their own destinies. From a Darwinian perspective, it’s aligned with the urgings of our selfish genes. From a market perspective, it’s more efficient and effective. From a cultural perspective, virtually every organizational innovation since the Western Electric Hawthorne studies has been aimed at fostering democracy and initiative in the workplace because it’s good for both people and the business. Moving to an entrepreneurial organization is just the next step.

Democracy can be a competitive advantage. At TEDx Belfast, Mark Dowds provided 8 reasons to democratize the workplace:

Let me close with this note from Gwynne Dyer, who wrote that, “Tyranny was the solution to what was essentially a communications problem“.

“Modern democracy first appeared in the West only because the West was the first part of the world to develop mass communications. It was a technological advantage, not a cultural one – and as literacy and the technology of mass communications have spread around the world, all the other mass societies have begun to reclaim their heritage too.”

We finally have the technology, so that even business no longer needs to be run as a tyranny. 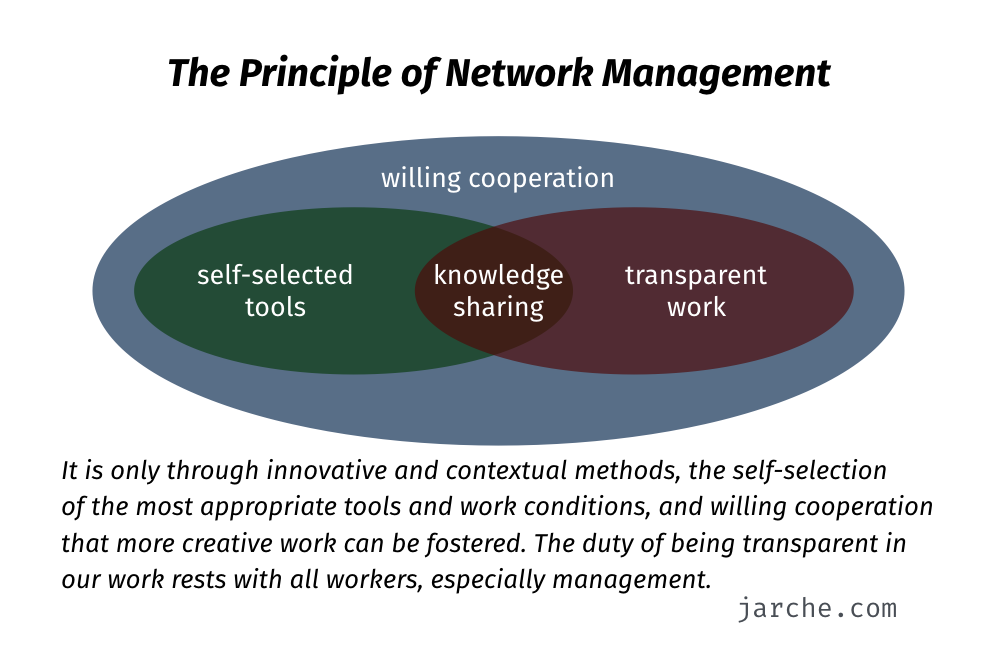 10 Responses to “Enterprise 2.0 and Social Business are Hollow Shells without Democracy”