Here are some observations and insights that were shared on social media this past fortnight. I call these Friday’s Finds.

@doctorow – “Once you admit that luck was crucial to your success, you have to confront the terrifying possibility that your luck may run out someday.”

@Mintzberg – “How many of us now realize the extent to which we have become the victims of our own economic structures?”

It is telling the extent to which economic vocabulary has infiltrated our everyday speech. Are you a human resource? a human asset? human capital? I am a human being. I do not “maximize value”, whatever that means. (Trying to maximize anything is perverse.) I have no intention of competing, collecting, and consuming my way to neurotic oblivion. And if I am not cooperative alongside being competitive, selfless alongside being selfish, I am nothing.

The parental units were simply duplicating what they’d learned when they were small. That’s the system.

It wasn’t that you got the occasional feeling that you were an alien or a chore to them. You just knew that attention had to be paid constantly to their moods, their mental health levels, their rising irritation, and the volume of beer consumed. Yes, there were many happy memories marbled in, too, of picnics, pets, beaches. But I will remind you now that inconsistency is how experimenters regularly drive lab rats over the edge.

How Ayn Rand Helped Make the US Into a Selfish, Greedy Nation via @ross917

I can’t tell you how many times I have seen this situation: company downsizes/rightsizes, becomes more “lean and mean”, and then in a few months, management scratches it’s collective head when things start to fall apart.

@hrheingold – Look who’s talking “If we decided that community came first, how would we use our tools differently?”

“We don’t want to be the kind of people who will interrupt a conversation at home to answer a telephone. It’s not just how you use the technology that concerns us. We’re also concerned about what kind of person you become when you use it.” – Amish man 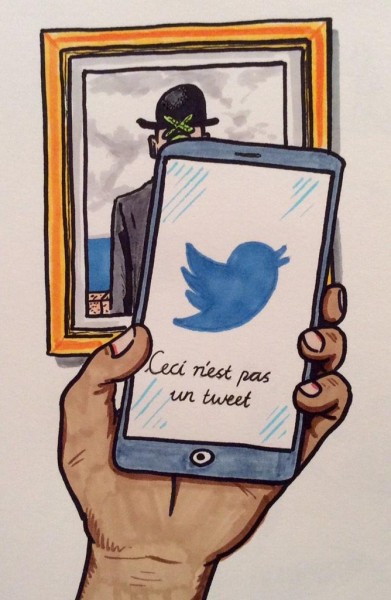 One Response to “Black Friday Finds”