A lot of parents have become teachers during this pandemic as they work from home and their children learn online. I have heard many parents say how difficult teaching is and how they have new-found respect for teachers. But are we getting the best and brightest to educate the next generation?

And now we have the data to prove it. According to “Academically Adrift,” a new book by my New York University colleague Richard Arum and the University of Virginia’s Josipa Roksa, just 45 percent of students in education and social work reported taking a course in the previous semester requiring more than 20 pages of writing, while 61 percent took a class with more than 40 pages of reading per week. By comparison, 68 percent of social science and humanities students took a class with 20 pages of writing, and 88 percent had a class with 40 pages of weekly reading.

So it shouldn’t surprise us that students in education and social work reported studying less, too: 10.6 hours per week, as opposed to 12.4 hours in the social sciences and the humanities. The hardest workers are science and math majors, who study 14.7 hours a week. —CSMonitor 2011-03-02

Well, anecdotally, I know of several university students who failed in the sciences and then went into education. I have a Master’s degree in adult education, and of the over 200 students in my graduating class, only two of us wrote a thesis. The rest took two additional courses and did not have to face a thesis defence.

We also need to develop our future teachers’ own minds, by holding them to the same intellectual standards as other college students. Their so-called methods courses would be much richer if we asked them to read and write about the key dilemmas in their fields. And they should also take more classes outside of the ed-school, where intellectual requirements are already higher.

Would that make them “better” teachers? I’d like to say yes. Surely, though, it would make them more complex, curious, and contemplative human beings. There is nothing in the world more inherently fascinating than education. But ed schools have made it boring, by stripping it of its intellectual edge – and by letting our students slide along. —CSMonitor 2011-03-02

Perhaps the gap is not education versus the rest, but the humanities compared to the sciences. George Steiner says that the humanities are asking less and less of students by not requiring a mastery of grammar. Even medical students at Harvard Medical School have to memorize 1,200 pharmacological formulae before they may proceed into second year. There are no such requirements for students in the humanities. Why do we demand so little in the fields of human understanding?

We still do not know how to teach, states Steiner. It needs to begin with the “sheer animal joy of understanding something infinitely deep”. Society can advance only when the best mathematicians and humanists do not go on to research or the private sector, but instead into teaching. If the worst go into teaching, then society gets a “vengeful mediocrity” that gradually degrades all fields of human knowledge.

The isolation between the sciences, the humanities, and education limits our collective ability to understand complex phenomena — such as the current pandemic and its many facets.

“Scientists and scholars in the humanities, working together, will, I believe serve as the leaders of a new philosophy, one that blends the best and most relevant from these two branches of learning.” —E.O. Wilson

According to Professor Kieran Egan, in The Educated Mind, three premises compete for attention in our public education systems:

No single premise can dominate without weakening the others, so we continue to have conflict in our education systems. When one dominates, then the others get less attention. We see this in every single flavour-of-the-year initiative from departments of education. Egan also explains that these premises are no longer valid in this network era.

“Socialization to generally agreed norms and values that we have inherited is no longer straightforwardly viable in modern multicultural societies undergoing rapid technology-driven changes. The Platonic program comes with ideas about reaching a transcendent truth or privileged knowledge that is no longer credible. The conception of individual development we have inherited is based on a belief in some culture-neutral process that is no longer sustainable.”

We cannot socialize, seek the truth, and realize individual potential all at the same time — within a single, enclosed education system. Our 20th century public education systems were mostly created to give equal access to all (a good thing) and to prepare workers for industrial jobs (a self-serving thing for the industrialists). Public education was embraced by reformers as well as factory owners. It was a shotgun wedding.

This pandemic has given us the opportunity to re-examine the foundational pillars of education in a meta-modern society. We cannot go back to the old systems and just hope that society will be resilient enough to face the next pandemic, climate change, and whatever else comes our way. 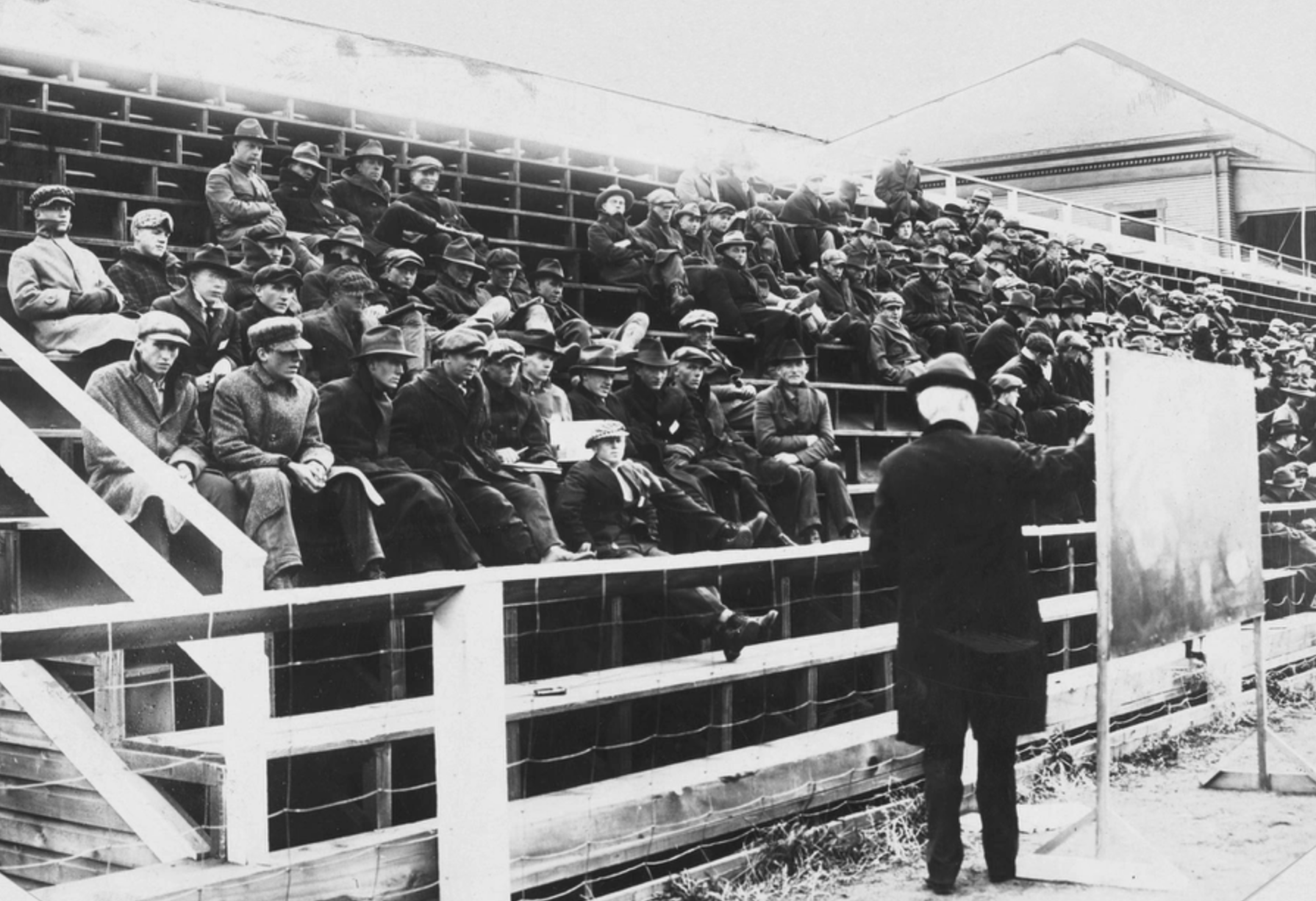 Outdoor physics class, University of Montana, 1919 — during the influenza epidemic. US National Archives