The authors at Human Capital Lab say that social learning makes little sense and we should really be focused on collaborative learning:

In its simplest form, collaborative learning is a model based on the idea that knowledge can be created through the interaction and collaboration of individuals. It is not driven by a specific tool, or learning plan, but is driven by the need for information and the accountability that those engaged have to one another. Where we decided to move from the verbiage “social learning” comes from the attempt to really define the term and realized that the focus continually goes back to “social” (and often social media tools) rather than to “learning.” It’s not about the tool, it’s about the learning and collaborative method by which it is accomplished.

Social learning is based on the understanding that we are social animals, as described by Albert Bandura in the 1970’s:

The social learning theory of Bandura emphasizes the importance of observing and modeling the behaviors, attitudes, and emotional reactions of others. Bandura (1977) states: “Learning would be exceedingly laborious, not to mention hazardous, if people had to rely solely on the effects of their own actions to inform them what to do. Fortunately, most human behavior is learned observationally through modeling: from observing others one forms an idea of how new behaviors are performed, and on later occasions this coded information serves as a guide for action.” (p22). Social learning theory explains human behavior in terms of continuous reciprocal interaction between cognitive, behavioral, an environmental influences.

Our social networks have a significant influence on our behaviour, as clearly shown in research by Nicholas Christakis and others. 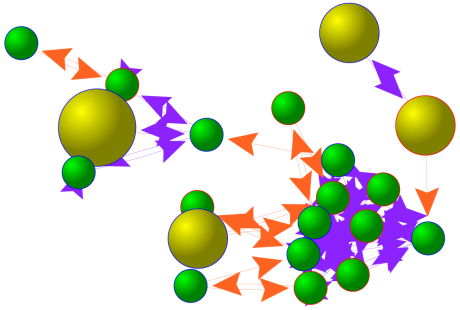 Image: Smoking in a Face to Face Network (2000) by Nicholas Christakis

Calling social learning, collaborative learning misses out on the fact that all learning happens in a social context.

We collaborate because we have a reason to do so (such as in the workplace).

We learn socially because we are wired to do so. 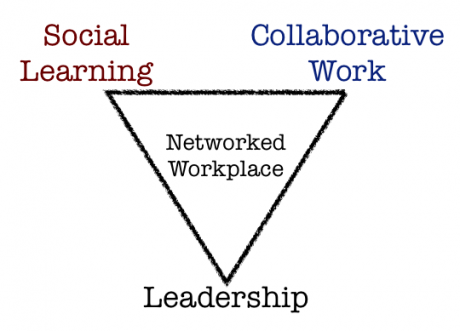 We need to encourage social learning because things are changing too fast and it’s the only way we can keep up, by learning socially and working collaboratively.

Leave a Reply to Harold Jarche