The time has come. Facebook is in the news today and not as the tech media darling it likes to portray itself as.

“Former Facebook (FB.O) employee and whistleblower Frances Haugen will urge the U.S. Congress on Tuesday to regulate the social media giant, which she plans to liken to tobacco companies that for decades denied that smoking damaged health, according to prepared testimony seen by Reuters.” —Reuters 2021-10-04

In 2007, I asked if we need an alternative to Facebook — As we become more interconnected and use the Web for problem solving, finding love and sharing our sorrow, we should seriously consider public infrastructure as the backbone for social networking. Just as we have funded roads and airports, we need to provide safe and open platforms for online community forming.

In 2008 I warned against walled gardens — I think that the major barrier to use of these systems [like Facebook], whether collaboration or learning-oriented, is the ‘walled garden’ framework. If I have ‘to go’ somewhere, then that’s a barrier to use. E-mail comes to me, so it’s easy. Personally, I prefer using my feed aggregator to follow people and news.

In 2009 I suggested a need for a home base that each of us own online — Having watched MySpace get marginalized while Facebook dominates for now, it’s only a matter of time before more new platforms that we don’t own come along and lure the next bunch of digital sharecroppers.

In 2010 I promoted the idea of an aggressively intelligent citizenry to counter consumer web platforms — Social media, social learning, social business – these all influence the social role of the creator and the work, and cannot be clearly delineated in our hyper-connected society. In a networked world, we need to divorce data from physical property. If not, we will have the worst of both worlds: corporations freely aggregating our crowd-sourced data and then selling it back to us. It’s happening already with Google, YouTube, Facebook, and all the other social media sites that use our data, legally own it, and profit from it.

In 2014 I raised the issue of crowd-milking — The economy is changing and we will see increasing market fragmentation. The only ones who will win in mass markets will be the big platform owners. Facebook dominates social networking, Amazon dominates book publishing, Google dominates online advertising, and Apple dominates online music sales. They are reaping the benefits of network effects with little trickle-down potential for any small players.

In 2015 I suggested that we need to understand our tools — For individuals, the core skill is critical thinking, or questioning all assumptions, including one’s own. People can learn through their various communities and develop social literacy. Information literacy is improved by connecting to a diversity of networks. But control of networks by any single source (e.g. Facebook) destroys the ability for people and communities to develop real network era fluency, which is not good for society in the long run and may kill innovation and our collective ability to adapt.

In 2017 I recommended examining open source (OS) to own our data — OS quite often is messy and takes a bit of effort to use. On the other hand, with free commercial software (e.g. GMail, Facebook), you usually have to give something away in order to use it. Most often it’s your privacy, as you do not own your data, or you may have to put up with advertising on your application, or both. In the end, someone has to pay.

By 2019 it was becoming obvious that Facebook was a post-truth machine — Persuading people through disinformation or conspiracy theories is become relatively easy by using consumer social media platforms, like Facebook. Such was the case of Cambridge Analytica and the Brexit campaign.

“You don’t need to change everyone’s mind, argues Brittany Kaiser, former director of business development at Cambridge Analytica. You just need to change the minds of the ‘persuadables.’ And the way you identify them is through understanding not just what they buy or say about themselves, but how they think. Through harvesting personal data, Cambridge Analytica could, and did, identify and persuade them.”

The challenge for every citizen is not to be a ‘persuadable’. Can you be persuaded by social media?

In 2020 we saw the resulting constant doubt and outrage created by social media and especially Facebook — Research on the self-perception of knowledge shows how viewing previews without going to the original article gives an inflated sense of understanding on the subject, “audiences who only read article previews are overly confident in their knowledge, especially individuals who are motivated to experience strong emotions and, thus, tend to form strong opinions.”

Social media have created a worldwide Dunning-Kruger effect. Our collective self-perception of knowledge acquired through social media is greater than it actually is. And the outrage continues because we ignore our common humanity.

I summarized the issues with Facebook at the end of 2020, calling it a global clown show — And there is no doubt that our social networks can influence us, as shown in the research Christakis and Fowler did for their 2011 book Connected: The Surprising Power of Our Social Networks and How They Shape Our Lives — How Your Friends’ Friends’ Friends Affect Everything You Feel, Think, and Do — “As part of a social network, we transcend ourselves, for good or ill, and become a part of something much larger. We are connected.”

But Facebook is not an all-powerful entity that is smarter or better than society collectively. Zuckerberg just got lucky, like “a clown car that fell into a gold mine”.

Now in 2021 I believe that human engagement is critical for our collective sensemaking but Facebook is not the place to do it — This pandemic has shown the abject failure in communications from many of our institutions and authorities around the world. First they have to get out of their ‘ivory towers’ and meet people where they are. Leadership by walking around — physically or virtually — is necessary in our connected world. If our experts are not helping society make better decisions about health care, then what are they doing?

Finally, it’s worth reminding ourselves that networks are not communities. Communities are trusted spaces run by and for members. Facebook is not a trusted space. 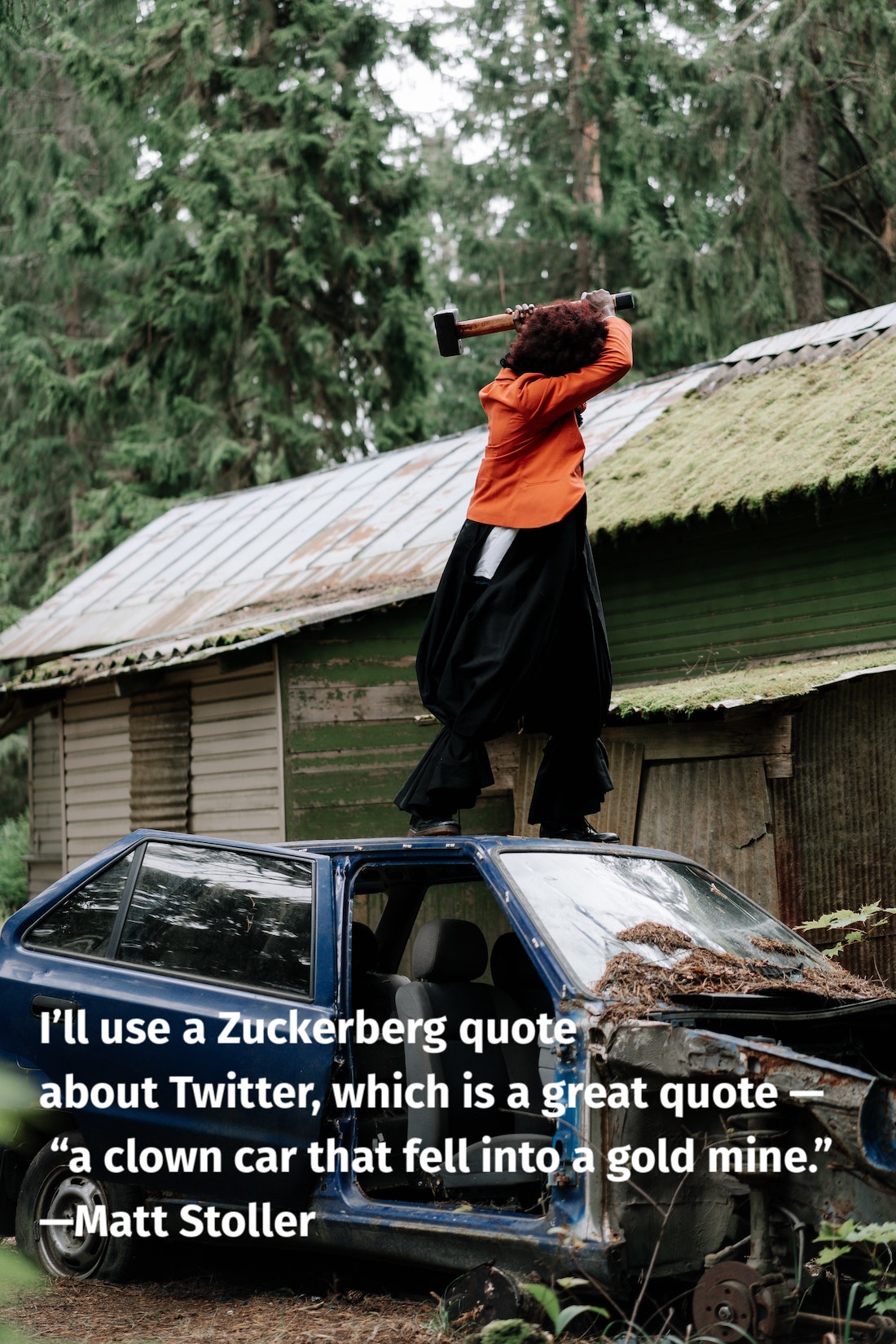 One Response to “facebook is not a trusted space”